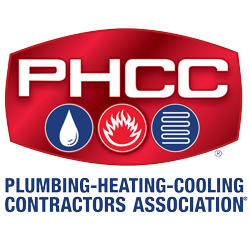 WASHINGTON, D.C.—At a recent plumbing industry meeting, the issue of workforce development came front and center, and yet merely 50% of those in attendance felt that the topic was a pressing issue. How could this be, I thought? Michael Copp, Executive Vice President, Plumbing-Heating-Cooling Contractors-National Assn. (PHCC) was also in attendance and voiced his opinion on the importance of workforce development.

When I returned home, Michael and I chatted at length about the topic and I recently caught up with him to get some of his thoughts on the issue.

CONTRACTOR: Do you think that workforce development issue is at crisis mode nationally?

COPP: Workforce challenges are not the same across the country and across industry sectors. In general, though, according to the Bureau of Labor Statistics (BLS), the economy will resume at a growth rate of 2.5% and construction starts will remain virtually unchanged ($808 billion) in 2019. The number of plumbing and HVAC companies will grow by 1.8% and 2.6%, respectively. For every four jobs that are vacated, the industry is only filling one. Also, according to the BLS, there were 480,600 plumbing jobs back in 2016, with positive growth expected for the next 10 years. “Employment of plumbers, pipefitters, and steamfitters is projected to grow 16% from 2016 to 2026, much faster than the average for all occupations.”

The employment of HVAC technicians is expected to grow by 15% during the same 10-year period, with the number of jobs back in 2016 at 332,900. The U.S. jobless rate fell below 4% since 2000—with job openings exceeding 6.6 million in March, according to a May 24, 2018 article written by Jennifer Levitz in the Wall Street Journal, “Plumbing Firms, Drained by Labor Shortage, Tap Perks.”

By the end of 2020, more than 50% of businesses entering the construction industry will be minority- or female-owned. Exacerbating the problem is the strict immigration policies that will continue to impact the availability of construction workers.

CONTRACTOR: What do you think is the crux of the skilled trades problem?

COPP: While the narrative is slowly changing from “College Readiness” to “Career Readiness,” we have to overcome what has been a cultural norm in which “For two or three generations, the focus has been to go to college, get a degree and in doing so you will ensure a brighter future with more access to employment,” (Joshua Wright, America’s Skilled Trades Dilemma: Shortages Loom As Most-In-Demand Group Of Workers Ages, 2013).

However, according to the Association for Career & Technical Education (ACTE), 85% of the jobs in America do not require a college degree, but do require post-high school training. Tangentially, according to a study from the Brookings Institution the “volume and frequency of student loans increased significantly” from 2002 to 2012, with loans spiking 77%. The price tag for attending even an in-state, public four-year college leapt by nearly 32% in the same period.” (Leah McGrath Goodman, Millennial College Graduates: Young, Educated, Jobless, 2015).

Anthony Carnevale, a director and research professor for Georgetown University’s Center on Education and the Workforce notes that “we have a debate raging in this country right now over whether universities are supposed to teach for enlightenment or to prepare students for the job market. You still see presidents at some very prestigious universities arguing for the former, not the latter.” (Goodman, 2015)

Much of these realities are hard to reconcile given the dichotomy between high unemployment rate of college graduates, climbing tuition rates, the high number of available skilled-trade jobs that go unfilled and the desperate need to fix a decaying infrastructure that threatens the health and safety of our citizens.

TV Personality Mike Rowe expressed in an interview with TheBlaze TV’s Andrew Wilkow that “We’re lending money we don’t have, to kids who will never be able to pay it back, for jobs that no longer exist … That’s crazy, right? That’s what we’ve been doing for the last 40 years.” (Mike Rowe on How Many Are Following the ‘Worst Advice in the History of the World, 2015)

We need a movement: a cultural shift in which parents, guidance counselors and others do not view vocational skilled-trades education/apprenticeships as a second option to going to college. With the right policy reforms and resetting national priorities, skilled- trade education can lead to additional education and career advancement.

The DOL reported on September 21, 2016 that “Today, 91% of apprentices remain employed after completing their programs, with average annual starting wages above $50,000. The return on investment for employers is substantial, as studies indicate that for every dollar spent on apprenticeship, employers receive average of $1.47 return in increased productivity.”

CONTRACTOR: Beyond the great salary and living one can make, no student debt, job placement and paid apprenticeships, what are the major attractions to the trades?

Check out the full article here!